Australia can not Afford Labor – This Affects EVERYONE! 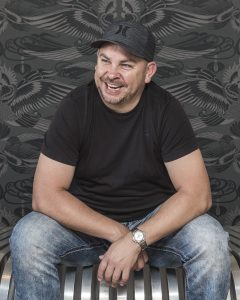 I’m writing this as a property investor, a small business owner and an individual planning for his own retirement…

Now it might seem like I am biased when talking about this matter, being a professional property investor, but Labor’s proposed changes are going to affect everybody. As a small business owner and someone who will be a self-funded retiree, these changes hit me personally three times.

But even more alarming, these changes affect everybody, from low income earners right through to the wealthy.

I can’t understand why there are tonnes of people jumping for joy about the proposed changes. I have to assume that there are people in the public that are naive enough to believe that introducing these proposed tax changes will increase household wealth and reduce the cost of living… They will not. I am assuming they don’t realise the repercussions from the proposed tax changes and how they are going to effect our economy to the point of recession.

Adding fuel to the fire is the timing of the proposed tax changes..

We have a string of changes that are already in full effect and they are already making huge waves in the economy. They are doing exactly what they were designed to do, regulate the finance industry and reduce credit demand, not mess with an already over taxed system. Changes so far include;

And now Labor (if voted in) want to put in the last knife by implementing three major tax changes.

Now if you think these changes won’t affect you, you are grossly mistaken. These changes have the ability to put Australia into our own recession, or the GFC we didn’t have last time.

The changes relate to three things:

So, let’s sucker the investors into buying new stock to only screw them over when they want to sell.

Why? Because that new property is no longer new, therefore limiting the buyers pool by one third (investors generally make up one third of buyers) of the potential buyers who will be looking to buy your property. This is because tax breaks are only available on new property.

If they believed that removing negative gearing would make property more affordable, then back yourself Bill and remove it all together. This is simply a political stunt to buy votes!

All this is going to do is bring to the surface a new breed of property sharks, with new schemes to rip off new property buyers, be that home owners & investors.

But the fun doesn’t stop there – even if you don’t invest in property but own your home, the same thing applies. Your home is also second hand, meaning that when you sell there will be less buyers. Less buyers means less competition, which equals less capital gains. The only tax free haven Australia has, is going to be drastically damaged. And the financial loser is you!

Downsizing before retirement, so you can put a nice little lumpsum away for life after work, may no longer be an option.

And don’t think that if you are a tenant, that you are free from this mess. Less investors means less investment properties, which equals more competition for each property, which in turn equals increasing rental prices. The pools of properties coming onto the market will mainly only be new properties. Now in theory that sounds great, if there were investors around. Let’s presume there are – well, new properties are not everywhere, therefore limiting tenants where they can rent.

On top of this you are essentially segregating society as new land estates and high-rise apartment blocks will only be sold to investors, making the entire area a 100% tenant zone.

So in one foul swoop, you have almost hit the back pocket of every single Australian… you should be proud – Australian of the Year for sure! Well done Bill… well done!

There’s also an argument to say this ruling could be classified as discriminatory – they are forcing investors to invest a particular way. It also borders on financial advice by dangling the carrot in front of investors to invest in new stock only due to tax benefits. And from a tax perspective, how can you not allow negative gearing from a property but then also tax you on a positively geared property. Hmmm sounds like a few court cases coming their way!

And just when you thought this one move was done – yep, there’s more.

Negative gearing doesn’t only affect property owners. It also affects the share market. No more negative gearing claims on your share portfolio if you have a margin loan. Or maybe you drew down on some equity in your home to buy some shares, no more claiming on that interest component either.

And there are 6.48 million Australian shareholders going to be affected by this.

So, not only will you will ruin the property market of Australia but you thought you would also throw the Australian Share market under a bus – both of which are already on the downturn! Consumer confidence will be completely thrown out the window and investors will sit on their hands and watch to see what happens. This will drop both markets even further.

That’s like sticking the knife in, and then twisting!

Next on the agenda is the reduction of the discount on Capital Gains Tax. The proposal is to reduce the discount from 50% to 25% deduction. This is by no way a small tax hike.

On a $200k profit on the sale of a property, the taxable amount increases by $50k.

So by the time we pay Stamp Duty and then CGT, the government are taking a massive percentage of any profit that a property may earn.

The last factor here for Bill’s non-thought about this plan is the true reasoning behind making property affordable. We must ask ourselves, what is the purpose of owning your own home?

It’s not to put a roof over your families’ heads, because that can be simply achieved by renting. It is to create wealth – so by destroying the property market, how is that helping anybody?

Let’s move on to Small Business and Superannuation.

Outside of this being pure theft, those in retirement have invested their entire working lives (30 years), using this strategy. And now Labor think it’s OK to simply take it away. These franking credit are what thousands of low income retiree’s use as an income. This will cripple thousands of retiree’s and force them back onto the Pension, costing the government billions. This directly affects low income earners, the battlers – the people Bill quite confidently makes a point of trying to help…

The flow on affect from this is that our parents will have a lower quality retirement and less money they can pass onto their children through an inheritance. So, this also affects millions more Australians.

But this tax affects every Australian who has their super with a managed fund – as they also use this tax saving strategy when investing your superannuation.

The same tax affects all business owners with a company. If the company makes a profit and pays company tax, then the tax payable, if the money is drawn as an income, should only be the top up tax payable. Or a tax credit is applied if the owner pays less than the pre paid tax threshold. Not anymore!

Business owners use this tax effective strategy when they retire part time. This allows their business to continue to operate whilst they pay themselves a very modest wage. Modest wage = low income earner. The new tax will now force company owners to sell their business rather than work part time. And guess who the winner is when they sell their company – oh thats right, the government – as they pay huge tax again!

Financially affecting companies, by taxing them over half of what THEY earn (not Labor), means that employers have less funds to employ more staff, expand their businesses and create wealth for their families.

So Bill, how do you respond to this? As I am struggling to find a single person in Australia who won’t be affected by these changes, except maybe you!

This site uses Akismet to reduce spam. Learn how your comment data is processed.

Part 2 was how he got back to 50+ properties

With a portfolio of nearly 80 properties now…

If you’re a customer of the wHeregroup, tell us what you think

Send us your enquiry:

Please read our disclaimer for copyright and legal information. See our Privacy Statement. Complaints and Concerns.